By Sammy Hammork on November 25, 2013 in Blog
During the fews years that I’ve spent here living in Kitale I’ve learned that God works in very interesting ways. People who come to visit the house often ask how we find and choose the kids who come to the house. I struggle to answer that question, but this week I know the answer. It’s not me who chooses them, it’s God. Just as God chose me to do this work here, He also leads me to children and shows me my next steps forward with each and every one. There’s no explanation why some kids are at the house when we know so many others who are also in need who are still living with their parents and struggling to survive. There is so much need and God knows exactly who we can handle taking in. This week three very special children have been put on my heart.
The first is Emmanuel. He is eleven years old and has epilepsy. His parents don’t know how to handle him and send him out to collect grass for their cows on a bicycle. When he has a seizure he falls down where ever he is and takes time to regain consciousness. This is especially dangerous because he comes from an area of town called Birunda where during rainy season there is water all over the sides of the roads that he could easily fall into. He was found in the road at night and some strangers walking home brought him to Sister Freda’s Hospital. That has happened eight times this year alone. Willy was admitted there when Emmanuel was brought in and nobody came to visit him for three days. I was telling Willy that he would be coming home soon and Emmanuel said he was coming with us. 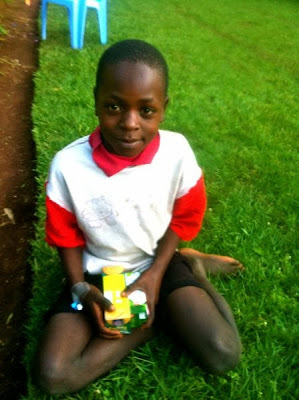 I don’t know why, but at that moment, I felt God tugging on my heart. I went and talked to his parents and brought him home to stay at the house. We were leaving the hospital and I asked him if he even knew my name. He just smiled because that was one little detail that we’d left out. I can’t imagine home being so terrible that I would just agree to pack up and leave with a total stranger. Emmanuel is very quiet and reserved, so we don’t know that much about his home life yet, but from his interactions with his father we can tell that it is not the most safe or accepting environment. Manu is adjusting well and loves hanging out with his new friends at the house. He is excited to be going back to school next year. We are thankful that God put him on our hearts and allowed us to be the ones to give him the chance to thrive and have the freedom and support to develop into the person God made him to be. 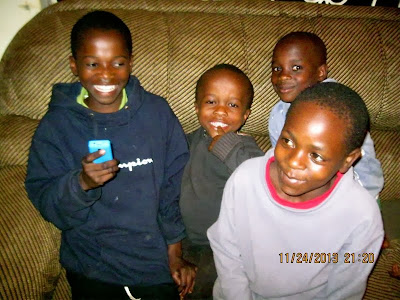 We also met little Michelle at the District Hospital. We went to the hospital with a different plan, but God had his own plans in mind. One of the nurses came up to us and asked if we could give them money to get home because they had been discharged. We asked Michelle’s grandmother where they lived and she said Endebes, which isn’t far from town. Michelle became sick with Tuberculosis and Meningitis so her grandmother rushed her to the hospital. Her illnesses left her with some permanent disabilities so we decided to drive them home so we could know where there house was so we could keep visiting and checking up on her. 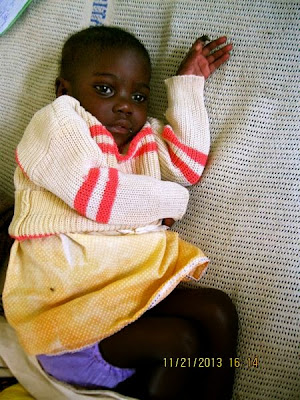 On the way there we found out more about the sad situation that they were living in. Michelle and her grandmother had been admitted to the District Hospital for three months. During this time one of their neighbors came to the hospital and told them that there was so much rain and their house got carried away by water. So we started on this journey and the grandmother didn’t even know if they had a house to stay at the end of the road. Long story short we drove and drove until there was literally no more road and we couldn’t go any further. Two hours into the journey we ended up on beautiful Mount Elgon, but we were still far from their home.
It was getting late, so we found a man who knew where their home was who agreed to carry Michelle because her grandmother was too weak to carry her. Michelle was shivering and cold and still very sick. We had done all we could, gotten them as far as we could and had to say goodbye and leave the rest to God. We are praying that she is safe, being well taken care of and that her health is improving and that if it is in God’s plan He will bring her back into our lives again.
We met Japheth a few weeks ago when we were checking up on a call that we got to go see a potential kid for the house. We knew Japheth’s situation wasn’t a good one. His step sister was healthy and happy and he was trapped behind a curtain in the living room. It was a tricky situation. We didn’t want to take Japheth immediately because his parents are able to care for him, they are just not willing. His stepmother does not want anything to do with him. His father has to come home from work just to feed him or he goes hungry, but he can’t do it all on his own. Japheth’s stepmother started telling her friends and neighbors that she wanted to kill him. Shortly after that she fed him hot porridge and burned the inside of his mouth so that he would starve because the burns prevented him from eating well. 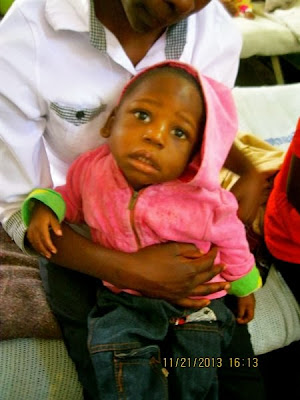 His father brought him to the Kitale District hospital to get treatment. Japheth’s aunt is staying with him and he is improving every day. We reported the stepmother to the police and the children’s office so that she knows what she did to him is not an acceptable way to treat any child. After Japheth fully recovers he will come to stay at the house. Like any other child he deserves a loving home and we now know that it is impossible for him to get the care that he needs at home. Pray that he will have a quick recovery so that we can bring him home soon. 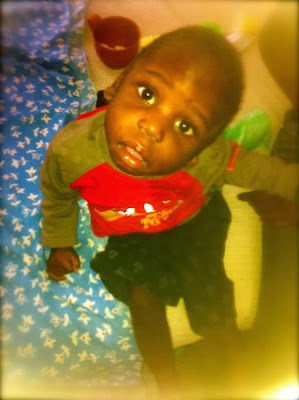 Some make it to the house and some we help to a point and have to let them go and leave the rest in God’s able hands. It’s never an easy decision leaving some in a situation where you know the need is great, but there’s nothing more we can do to help them right now. On the other side there is the joy of being able to serve and provide for those that God hands over to us. Regardless of what we can or can’t do we know that God cares about them infinitely more than we do and will see them through from wherever they are.