We found out more about Sammy’s story this week. He was born at the District Hospital and his mother left and never brought him home. She told his father, Julius, that the baby died and he hasn’t seen her since then. So Sammy spent his first four months of life alone in the hospital until a neighbor saw Sammy there and realized is was Julius’ son. So he took Sammy home and struggled to care for him, which is how he ended up in the hospital again with meningitis and TB. 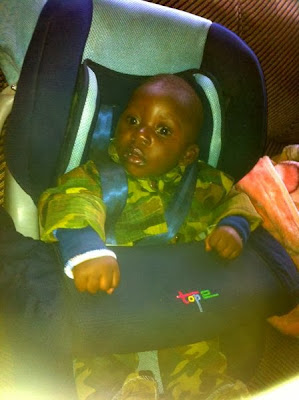 Sammy is now cleared from all of his illnesses that he had when we first met him. His father loves him, but doesn’t have the knowledge or resources to give him the care that he needs especially all by himself. We decided that the safest place for Sammy would be in the home. At such a young age it is crucial that he receives proper care and therapy for him to reach his full potential when he grows older.
We took him to the doctor to get a full check up. We noticed he has seizures and the doctor prescribed medication to help get those under control. Other than that he is still taking medicine to make sure the TB doesn’t come back, but he is no longer contagious.
Sammy is doing great. He is already making great improvements. It’s amazing how a warm bed, being clean and food such basic needs enable a child to improve so quickly. He is finally getting the basic comforts that he’s been missing out on his whole life. 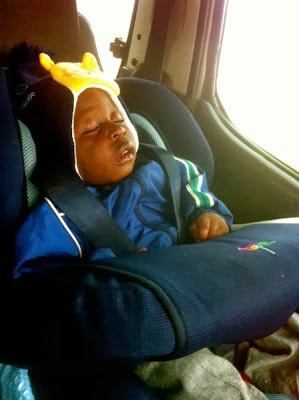 He is a great little addition to the group. The other kids love having a baby around and love helping to take care of him.
He loves being held and just wants to know there is someone near him. It’s crazy to see such a tiny kid who has been through so much in his life already. We are blessed to have Sammy in the house and to be a part of his story and show him love and care for the first time in his life.

One Response to Sammy Moves In